Over the weekend of 29-31st July 2016 I participated in my first GovHack. I teamed up with Jack Simpson, whom I’ve known since we attended the same Software Carpentry instructor training in Melbourne and worked out, through the normal course of conversation, that we were both Canberra residents.

We camped out at the UC Heritage Hack node at the University of Canberra. Tim Sherratt organised the “themed” node to cater to those interested in devising hacks around cultural heritage datasets. He provided a large number of examples demonstrating the fascinating insights that can be gleaned from such datasets. He mentioned that cultural heritage data is often far from “clean”. Instead it contains inconsistencies, ambiguous elements, formatting issues, missing fields, and a blend of structured and unstructured data.

All of this was true of the dataset Jack and I chose to work with. Our stated goal was simple: to visualise convict ship journeys to Australia over time. For this we turned to the State Library of Queensland digitised records of the British convict transportation registers. It lists over 123,000 of the estimated 160,000 convicts transported to Australia. What they were convicted of, what ship (or fleet) they journeyed on, when they departed, and where in Australia they alighted. It is a remarkable resource.

At first, a weekend to work solely on the one project felt like an ample time budget. As a father of two marvellous children, it’s fair to say that time for hobbies is eked out in dribs and drabs. But as the list of tasks dawned on the team, it didn’t take long to realise that time would be exceptionally tight. I detected myself subvocalising the words “minimum viable product” throughout the weekend. (Such things happen to those who find interesting lists on Wikipedia). At several points we narrowed our scope from its initial grandiose vision: 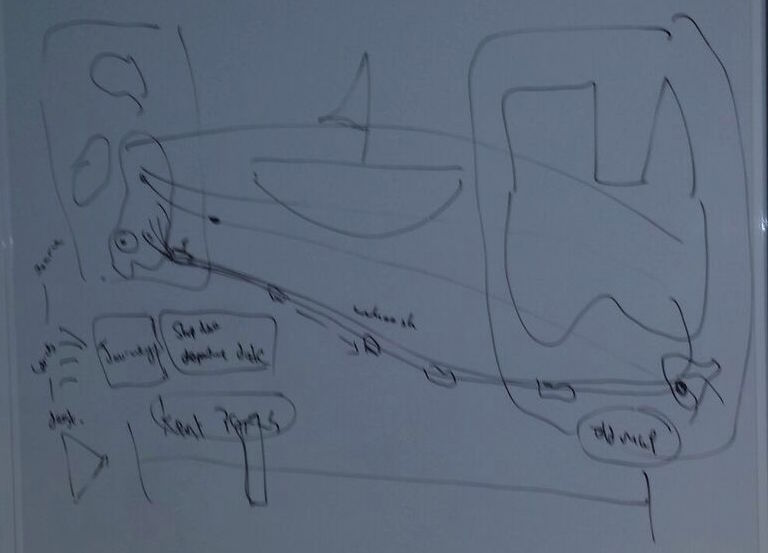 The result was Conviction Currents. No clever interactive slider, no ability to freeze on a journey and unpack each convict’s story. But something, nevertheless, on the internet, nonetheless. And a video to boot:

By the late afternoon on the Sunday, we had submitted; one of 437 hacks. I’m not sure about Jack, but I felt shattered the next day.

Here’s what we used to complete our hack: 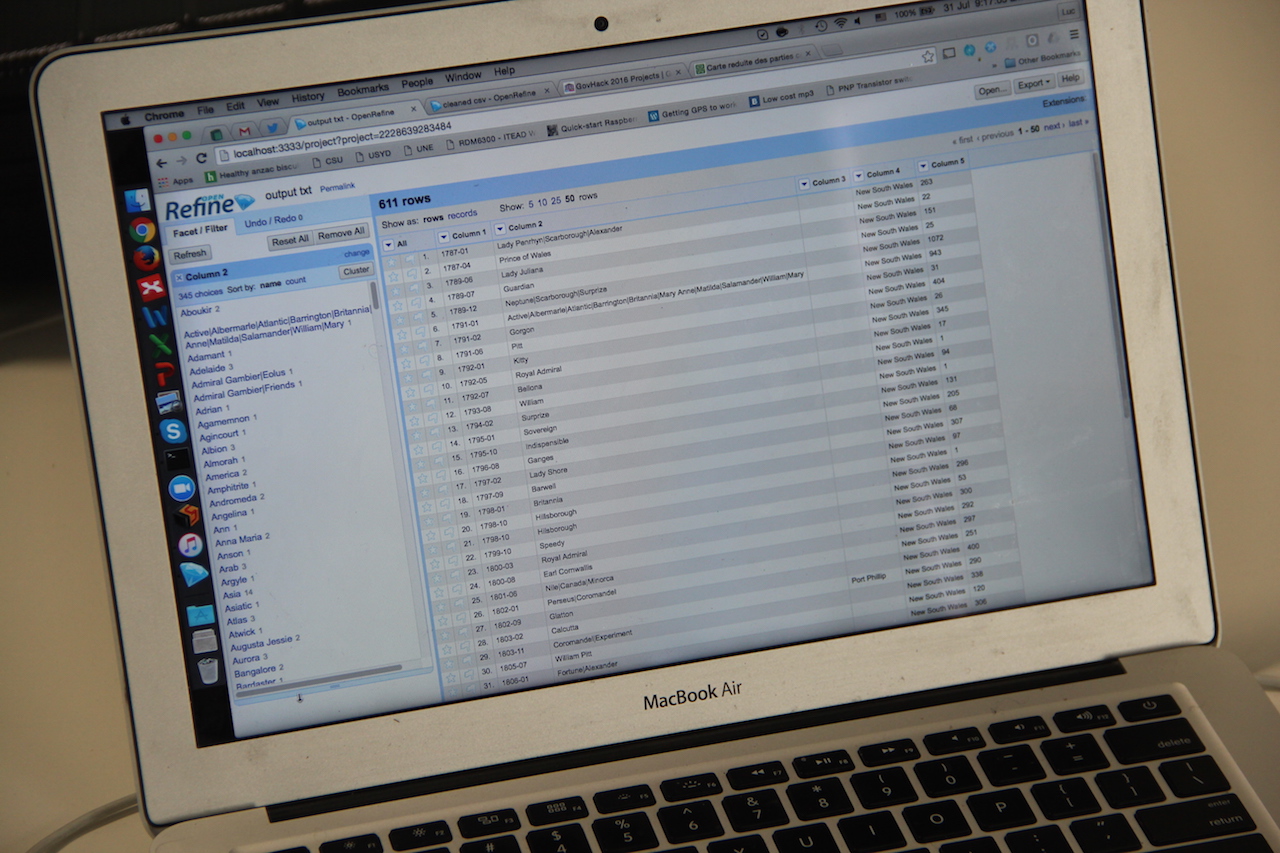 That’s it. Thanks to all involved. Looking forward to next year.