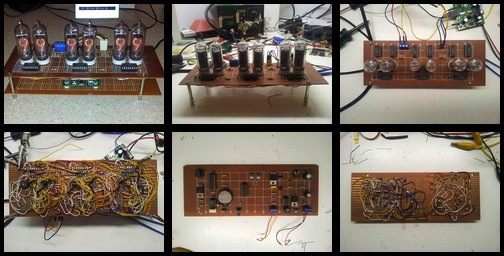 This is a bit of a retrospective on things I’ve learned since I built my first nixie clock back in 2007. Its been suffering from what looked like cathode poisoning for a while, so I discontinued its use and decided to upgrade it.

First let’s look at the specs. It’s built using point-to-point wiring on two stacked boards. The top board consists of 6 Russian IN-14 nixie tubes. These are driven by 6 Russian KM155ID1 equivalents to the 74141 nixie decoder/driver, driven in turn by 3 74HC595 latching shift registers. The top board also includes six LEDs that provide blue uplighting of the nixie tubes.

The lower board contains a 5V linear regulator (a 7805), a high voltage power supply built around an NE555, a Picaxe 18X MCU, a DS1307 real time clock, some switches and a MOSFET to drive the LEDs with a PWM signal.

The feature set is limited: 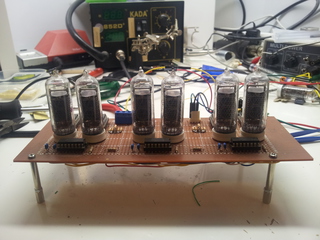 The top board is actually still entirely usable - the combination of the KM155ID1 and the 74HC595 is very practical and reliable. My original choice of 33K anode resistors was off the mark. I’ve paralleled some 39K resistors to reduce the anode resistance to 18K. This provides about 2mA (measured) of current per tube at 170V. This is a tad below the IN-14’s maximum rated current of 2.5mA but should be high enough to prevent cathode poisoning. If I start seeing signs of poisoning, I can always up the anode voltage to 180V to bring the current up a bit. The blue LEDs are all well and good, but they are such a cliche of modern electronics that I prefer not to use them these days. 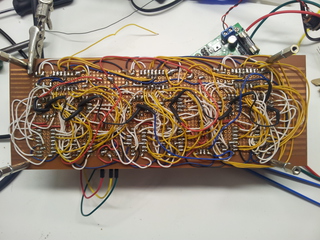 The bottom board is more problematic and I’ve decided to retire it: 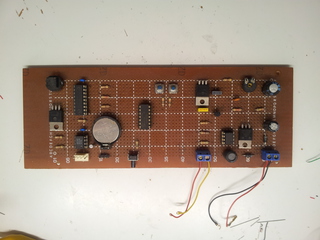 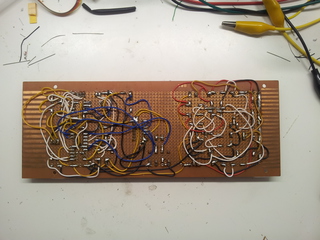 Apart from paralleling the anode resistors, the revamp consisted of swapping out the bottom board. The new board has these main components: 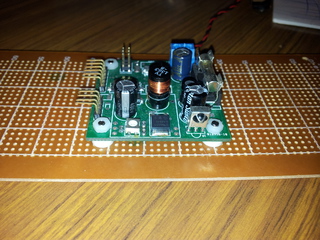 The feature set is a work in progress, but so far includes: 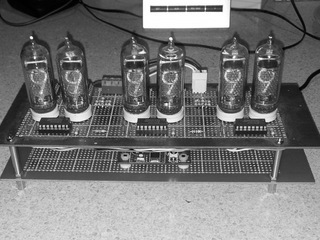